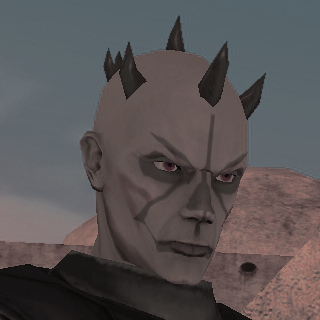 The story of Brother 19 began almost 50 years ago.  It was the time of the Republic and the Colony world of Feldrona prospered and was mostly independant, embracing the Republic even as Iridonia hosted an annual exchange between Colony worlds and the Homeworld.  The infant Xian was an adoptee, a foundling from a local orphange.  His adopted parents were overjoyed, having, in their minds discovered the perfect addition to their growing family.

All was peaceful and yet, as was the Zabrak way, there was always striving for something. Unease and stress was growing in the Colony.

Xian' grew up in this time of uneasy prosperity and was chosen to be an exchange student in his 12th year.  Attendance at the Iridonian Academy was .  Colonists were often mistreated for their origin and Xian's classmates were no less cruel that year.  Still, he excelled at K'thri and his skill with the Zhaboka was masterful, physical abilities which served him well when the the elitist Iridonians came to call.  Xian was a Force Sensitive and the final showdown with the students revealed it, though he kept it a secret, he knew he had moved too fast, they had moved too slow and his rage had consumed them as the Zhaboka broke them to pieces.

Fleeing into the streets of Malidris,  Xian' defended himself more and more often just to stay alive and only found time to rest when at the age of 15 years he was adopted into a street gang that dealt in protection and spice, Mortal Remains.  He did both and rose quickly within the ranks as a Zabrak not to be trifled with.  In his twenties Xian' served as a specialized bodyguard to a kingpin in the underworld of unsanctioned K'thri matches, by the name Seldas Thin.  At times he would be placed in the ring to show off the Bosses power, and he always won.

All the while Xian' learned the ropes of the criminal underbelly of Malidris.  He was a typical Zabrak and constantly wanted more, to achieve more.  Seizing the moment, he finally succeeded in learning enough of the Bosses business that he could safely dispose of him, it was a simple matter of a sudden fall from a great height.

As he rose to the top of the hierarchy others took notice and other gangs started to come at him, challenging his leadership but he always seemed to be one step ahead of them as though he knew what they would do, when they would come.  Fate intervened and his training in the Dark Side began at this point.  Attending a meeting aboard a stolen frigate with a potential slave marketeer that dealt in exotic and dangerous, he was introduced to Master Corvis Alg.

Alg had been watching the young warlord rise on the street, had watched him from birth, had in fact placed him in the orphanage, carefully manipulating events to produce the perfect set of tragic event and emotional response to mold his protege into an acceptable student for his own Masters.

On the frozen lost world of Ziost far beyond the Outer Rim, Xian was trained in the Dark Side by the Prophets.  His skill set was honed over the course of the next two decades while the Republic fell and the Empire rose.  He was trained in the old ways, the Sith ways and his loyalty was to that and the power they granted him.  The Prophets taught him sorcery and visionary skills and when the Emperor came to visit, Xian' did not trust easily but the Master's devoted themselves to Sidious and the sundered orders were rejoined for the first time since Darth Millennial.  Xian never accepted Bane's Rule of Two, although he did as he was commanded by the Prophets.

Xian became an envoy, travelling back and forth between the Citadel on Dromund Kaas and the Emperor's Palace on Coruscant.  He was officially an Inquisitor on paper but his skills allowed for a much more broad range of activities within the machinery of Imperial expansion.

Over the years, Xian has trained several Apprentices beginning with the mysterious Perdu at the Temple Academy on Korriban that was briefly ressurected.  It was here that he found his vocation as a Teacher.

The Empire utilized him and assigned to him a division of the feared COMPFORCE Troopers and a fighter Squadron, which he named the Korriban Guard and Crimson Dragoons. They moved closer to the Galactic center, Stationed on Lok where he received the first of his Prophecies, he called "The Chaolt Manuscripts" upon Mount Chaolt during meditations.  A series of visionary teaching tools based around the concept of the Sith'ari, the perfect being.

It was during these years that he made many of the contacts among the Empire's most notorious and outcast Officers.  Men and women that he keeps with him even today.  Colonel Tewasi, Marshall Trai, Laz'rus and others of the 101st that remain his closest companions.

First Oosque and then Failyn became his Apprentices during this time and although the first vanished during a mission, the latter rose to become a Master in the new Academy when the unit was moved to Tatooine under the auspices of the ISB.

Xian's current teachings at the behest of Lord Vader are designed to produce Inquisitors from the flotsam and jetsom of the Empire's Force sensitives but Xian generously applies Ancient Sith methods and ideology into his work with the new students.  Drawing heavily on his visions and those of the Order Xian has always prepared for the eventuality of the Empire's Fall and he knows time is short.  Working in secrecy alongside and behind the Rax Contingency, Xian forges his new students into weapons for the survival of the Order.  Many are unaware of this shadow agenda but slowly those around him are drawn into the web of the Zabrak that has always strived for something more. 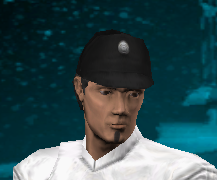