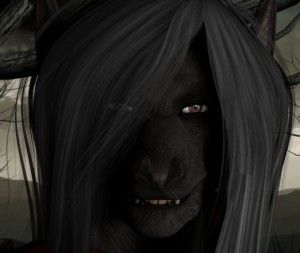 The product of a union between a stripper and a Spymaster, Lishan spent some time on the streets, struggling and scrounging for food before his father found him. After years of private tutelage, strict discipline and training in the art of Teris Kasi, firearms and swordsmanship, Lishan went from an unruly, wild child to a polite, well mannered young Bothan. He decided not to follow in his Father's foot steps and became a Mercenary, traveling the galaxy.

His work took him to each dirty, grimy corner of the galaxy where he observed how others lived and worked, and slowly but surely those Spy tendencies emerged - the powers of observation could not be ignored, instead he used them to his advantage. He spent a lot of time on Tatooine and Dantooine, playing Bodyguard to some wealthy Zabraks before eventually settling in a small town on Rori. He became one of the peacekeepers in the town, finding some sort of 'normalcy' in steady work where he didn't have to travel.

After several turbulent relationships and two broken marriages he was left alone with a brood of pups to raise. Some time passed and he left Rori, returning to Tatooine, while the pups stayed on Bothawui with their Mother.

Lishan spent some time in a city in the shadow of Jabba's Palace, working as a Peacekeeper and eventually, the town 'Sheriff'..he kept his force sensitive nature well hidden until one day another sensed him.. 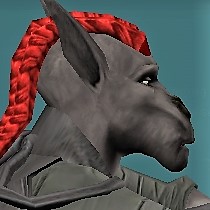 Evzen was born on Dantooine to a young Teacher who found herself woo'd by a local Politician. Their whirlwind romance resulted in two pups - Evzen, the oldest, and his sister, Avette. Unfortunately, like many Politicians, the handsome young man later revealed himself to be a slick haired, smooth talking charlatan who wasn't interested in a normal family life. As the pups grew, so did the abuse Evzen's mother took at the hands of his Father.

Eventually his Father left their lives for good, but the scars remained. At a very young age, Ev found himself drawn to dance and music. This made him a target at school and he was bullied until he finally left for a local dance school - Shasku Dance Academy.  Evzen excelled in school, and would always seek extra classes in order to achieve his dreams. He gained a 'Teacher's Pet' reputation but he ignored the taunts and teasing until he finally graduated at age 19.

He left Dantooine to explore the galaxy, ending up on Tatooine. One day while playing music for fun in a city in the shadow of Jabba's Palace a strange Zabrak with dark jat'o approached him and bought him a drink. He invited Ev to come entertain in New Solitude Base for the local Imperials. Not yet having employment, Evzen agreed and soon he was asked to test out a contraption that could identity force sensitives..after he stated he could not see the shadows and shapes he realized he had something within that was never fully awakened..until now..

Recently, Evzen learned of a shuttle accident on Dantooine that claimed the lives of his Mother and sister..now he's attempting to deal with these feelings of loss as a student of Head Master Xian at Tsisajak Academy.