"I fail to see the importance of one vision over another, how can you be sure it's a true and not just one possible outcome?", asked the Inspector General of the alien who stood at the octagonal viewport of the Perilous, looking outward at the starfield and vaccuum beyond. Trying desperately to keep his composure and succeeding, at least outwardly, Mourn looked from the back of the man's horned head to the floor. Gray gridded steel deck was secure and had a solidity the Inquisitor did not. The Inquisitor represented everything that was permeable in the galaxy, at the moment he was change, and that change was likely to manifest in the most violent and chaotic way. 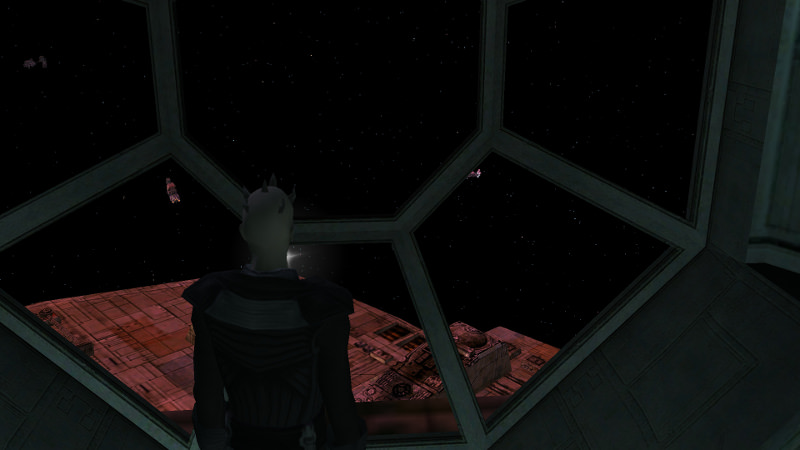 Sebastien Mourn didn't hold to the disdain and contempt other Imperials levelled at the mysterious ways of the few Force Users the Empire employed. Mourn knew firsthand from working with the strange Zabrak that what other's called bunk and dead religion, the Zabrak embodied. He knew things, saw things, crushed things if need be, with nothing more than a wave and a thought. Mourn only knew him as Lord Perilous, though he must have had another name. Certainly the other Officers, his companions and Apprentice might know it, they seemed more at ease with the old zabrak. Old was perhaps not the right word to describe his superior. Lord Perilous seemed hollow, like cellophane and bone, dry and brittle, used up by a massive energy that raged inside him. The Zabrak were known for strange hued skin and tattoos, but the Inquisitor appeared a sullen gray color, his facial tattoos faded with age and ruined by lines and creases that were obviously not present when he first had them done. Mourn thought he looked aged, how aged he couldn't be sure, but there was a mature sort of power there, just behind the Zabrak's crimson fiery eyes, that always made the Inspector General uneasy.

This specific situation, here on the Perilous, invited career ending ramifications if the reality of what the Inquisitor was saying ever came to pass. Mourn had found himself docking with the Decimator class ship and stepping from the airlock he felt what he was sure a hundred other Imperial Officer's before him had. Fear. This was it, it was over, he would end up a choking mass of flesh on the deck, gasping out his last breath with failure on his mind and the sure and certain knowledge his name would not be remembered in the rolls of Galactic history. But that immediate fear was gone and with every breath he continued to draw he grew more bold. Mourn was cautious, he could tell that the ancient was weighing his every reaction against an immediate response. If he played it out wrong, his life was over. Still, his mind mulled over the possibilities, the potential of the new information he had just received. If Perilous was right, this revelation was a game changer for any career oriented Imperial Officer. 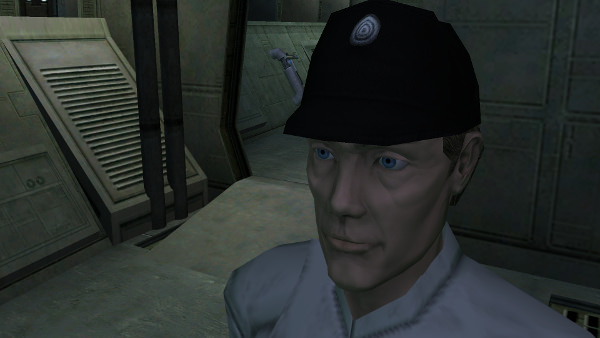 Perilous turned to regard the ISB Officer and Mourn felt a chill race up his spine, a cold brush of air beneath his clothes, like his spine was turning slowly to jelly. Suppressing a shudder to give no outward reaction he waited on the next words from the Zabrak.

"I want you to think of it this way, Inspector Mourn," Perilous began slowly, "If what I have seen does come to pass, do you want to be on the side of the Emperor, a hunted man, alone, facing a trial for crimes against the new...republic or whatever these rebels will call themselves? I guarantee you, an Inspector General of the ISB will most certainly be on the top most wanted list. Or... would you prefer to live a life prepared for you by a close-knit group of forward thinkers who seek to preserve our way of life in some semblance? We have been preparing for this day for a long time, Inspector. It is time that the inexorable dark tide of preparation rises to the challenge of the final days of the Galactic Empire and the Emperor himself."

Mourn blinked slowly letting the words sink in deeply. He nodded once but as if in a daze. The galaxy Mourn knew seemed to be falling away or apart, like ancient shards of a broken window they cascaded to the ground at his feet. This strange alien standing before the framed by a starscape seemed the only one to be able to pick up those pieces. The idea of the Empire, or the Emperor ever failing had never occurred to him. It was a cliff upon which he now stood, unbalanced and unsure. He stammered something, a mere utterance of empty syllables.

"You think on it, Sebastien Mourn, I will give you twenty four hours." the Inquisitor seemed to be speaking to the stars and he turned to regard Mourn over his shoulder briefly.

The Inspector General stiffened taking his cue. Snapping to attention he turned and strode from the room, moving toward the airlock again, pausing outside the forward chamber to steady himself on the cold steel of the bulkhead. When the years of Imperial training finally reasserted themselves he straightened his back and smoothed out the white length of his tunic. He breathed slowly and moved once again, forcing leaden feet to move to the airlock and his waiting shuttle. He couldn't think, nothing seemed right. He was alive and that was something at least, he was relieved at that, but this news, this portent of a bleak future without the Emperor was something else entirely. He needed to get back to solid ground, to think.

The Lord Inquisitor, turned and looked across the crowded little forward chamber of his ship. The room was an organized litter of artifacts, tools and weapons from many cultures. These items of interest were his stock and trade. They didn't mean much these days, all that mattered was averting disaster. His collection now was more sentient, more preparatory.

The Inquisitor nodded to the heavily armored Shock Trooper standing motionless against the wall. "If he steps near a comm terminal, kill him." Without a word the trooper stepped from the wall and moved out of the room