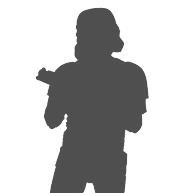 During Patrol within the Karthakk System, designated call sign Dragoon - Gamma 4 TD, I encountered a sudden increase of droid fighters swarming the area. Over the span of two in flight sessions, spread over the 202103.24 Imperial Standard, Gamma Wing 4 disabled at least 250 unites, with more unaccounted for, making the area more accessable for Imperial transport.

Flightplan dictates that next target area will be the Dantooine system, in which droid sightings have been confirmed by Imperial and local sources. Gamma 4 will investigate.